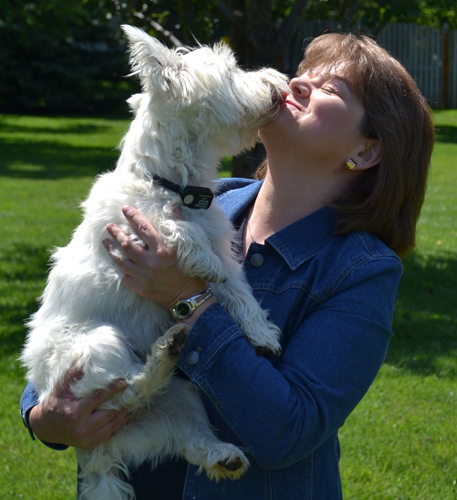 Alex Kava and one of her westies MAGGIE O’DELL.

In Alex’s Lost Creed  tackled the challenge of human trafficking and was awarded the 2019 Nebraska Book Award.

Her stand-alone novel, One False Move, was chosen for the 2006 One Book One Nebraska and her political thriller, Whitewash, was one of January Magazine’s best thrillers of the year.

Published in over thirty-six countries, and selling 7+ million copies, Alex’s novels have made the bestseller lists in the UK, Australia, Germany, Japan, Italy, and Poland. She is also a co-author of the novellas Slices of Night and Storm Season with Erica Spindler and J.T. Ellison.

Her novel Stranded pairing Maggie O’Dell and Ryder Creed for the first time, was awarded both a Florida Book Award and the Nebraska Book Award. She is a member of the Nebraska Writers Guild and a founding member of International Thriller Writers.

Alex divides her time between Omaha, Nebraska and Pensacola, Florida.